How to Be Happy

APPRECIATE THE SMALL THINGS AND LITTLE MOMENTS IN LIFE FOR THAT IS WHAT HAPPINESS REALLY IS; GRATITUDE FOR EACH MOMENT.  HAPPINESS IS A CHOICE!  MAKE UP YOUR MIND TO BE HAPPY NOW!

YOU’RE THE ONLY PERSON THAT CAN MAKE IT HAPPEN FOR YOU. HAPPINESS IS LIKE THE ELUSIVE BUTTERFLY.  TRYING TO GRASP IT WITH SELFISH DESIRES IS IMPOSSIBLE.  IT JUST COMES TO YOU IN THE PROCESS OF LIVING AND LOVING OTHERS.

DON’T FORGET TO DANCE, EVEN IF YOU CAN’T, LIKE ME!

Flower has a thousand petals

“Don’t go outside your house to see the flowers,

My friend, don’t bother with that excursion.

Inside your body there are flowers.  One flower has a thousand petals.

That will do for a place to sit.

Sitting there you will have a glimpse of beauty inside the body and out of it,

before gardens and after gardens.”

“Only from the Heart can you reach the sky”

Prince of Romance is Dead!

How sad can life be?  We lose another great one.  A tall, dark, handsome, charming, and disarming Englishman with a low, slow and breathy, sexiest of voices.  What are we to do now? You know he can never be replaced but he is our real life angel now.  British actor Alan Rickman, a classically trained stage star and sensual screen villain in the “Harry Potter” saga and other films, has died January 14th of pancreatic cancer. He was only 69.

Cutest and Funniest Dance Ever

This was the sexiest voice on the planet.

The magic man seemingly from another world, David Bowie, dies of cancer at the age of 69.  Iconic singer David Bowie died Sunday after an 18-months-long battle with cancer.

David on Broadway as “The Elephant Man”

This is: David Bowie (Spotify Playlist)

My last assignment for my first class of my doctorate is writing a personal reflection paper about myself.  First thing I must do is find something to inspire me and hopefully you all too.  I am going to use different quotes from different people and you can help me out by picking out the best or one of you own and write it out in the comments.

Nothing is worth more than the value of a good education and you can never learn too much.  “Usa austucia” or use your logic and your intelligence in every situation.  Be observant of your environment and look in all four corners.

The picture on the right I drew of my mom and me (when I was 3 years old).

Eat your vegetables everyday.  Keep useful pure.  If you don’t drink, smoke or are promiscuous, you’re not missing much.  You body is a temple.  It takes twenty four hours just to take care of yourself.  Do what is the most important first.  Don’t waste time; life is too short.  A good education makes one polite and refined.  It is very important.

You can never be too rich, too thin or have too much education.  Both of her children, a girl, Karen, and a boy, Chris have PhD’s and are professors and she is very glamorous.

What do you think?

Value of A College Education

What is an Education Anyway?

(This is a first in series of features on thinking deeply about life and self improvement for the new year 2016.)

My people, the music people, artists,writers and lovers, God bless you, I enjoyed communing with you and sharing ideas.  This was really a fruitful year however, I hope this new year (2016) is even better and it kicks a**.  Love you all!

The Oscillator is the thing which creates the sound. This sound created is based on different geometric waveforms, their selected shape in particular. When a note is played, in this is where the signal will begin before feeding through the other modules of the synthesizer. The most common waveforms are:

After the signal is changed by the filters, it then passes through to the Amplifier which is usually a unity-gain type amplifier which varies the amplitude of a signal in response to an applied control voltage. The response curve may be linear or exponential.

The Envelope modulator is attached to the Amplifier to control its movements . Although envelopes can control different parameters, the last one in the synthesizer will usually be the Amplitude Envelope.  The ADSR controls are:

These four controls define a path for the sound to follow and adjustments to each of these will have an what we hear with the human ear.  For example, an organ envelope represents a switch, functioning almost “on and off”, and we can use it to emulate blown or bowed instruments that hold sustaining notes. To emulate a percussive sound, the sustain level will be at zero.  The length of the note is controlled by the decay time. For a punctuated sustaining sound however, like that of a trumpet, the sustain level can be set somewhere in the middle to allow a decrease by decay.

Envelopes can be used really well on an existing patch to modify and perfect it until it sounds just right.

Low-frequency oscillator (LFO) is an electronic signal which is usually below 20 Hz which creates a rhythmic pulse or sweep. These signals are often used to modulate synthesizers, delay lines and other audio equipment in order to create audio effects in electronic music. “Audio effects such as vibrato, tremolo and phasing are examples” (https://en.wikipedia.org/wiki/Low-frequency_oscillation). LFO can be used n many ways.  When routed to modulate to control pitch, it can create a vibrato and when it modulates amplitude, it can create tremolo.

What it is and the Basics

Differences between LFO rates also can be used or a number for a number of effects in modern music. For example, a very low rate can be used to modulate a filter‘s cutoff frequency, which shows up as the gradual sensation of the sound becoming clearer or closer to the listener (https://en.wikipedia.org/wiki/Low-frequency_oscillation).

Alternatively, a high rate can be used for strange ‘rippling’ noises or sound effects. For example, Dubstep and drum and bass are forms of electronic music which employs frequent use of LFOs, that are often synchronized to the tempo of the track, for producing bass sounds that have a “wobble” effect, by modulating the cutoff frequency of a low-pass filter to create a distinctive opening-and-closing effect. Because of this the LFO wobble is now being found in other forms of electronic dance music such as house music (https://en.wikipedia.org/wiki/Low-frequency_oscillation).

I learned a lot in this class, from zero to twenty percent, just kidding, at least around 80 percent.  Always keep learning and growing even when you’re old like me.  Life is a bowl of cherries although sometimes its the pits.  Keep on rocking.  Any questions or problems with this assignment, let me know because I’ll be here and I care.  Bye!

Example of a Flanger

“Delay forms the basis for a wide range of effects that can transform your tracks from dull and pedestrian to polished and professional.”
Geoff Smith

Delay would probably be the effect to pick if you only had one to choose.. Why? Well, delay isn’t only an effect in itself; it’s also one of the basic building blocks for many other effects, including reverb, chorus and flanging — and that makes it very useful.
Slapback Delay

‘Slapback delay’ is generally used to describe a single echo of 60-180ms that creates a thickening effect. Famous fans of slapback delay on their voice track include John Lennon and Elvis Presley. ‘Slap delay’ is also a standard treatment for hip-hop vocals because, as Jaycen Joshua put it in SOS August 2010, “reverb is the kiss of death on rap vocals” (/sos/aug10/articles/it-0810.htm).
(http://www.soundonsound.com/sos/may12/articles/designer-delay.htm)

How to Do Delays on Vocals

1. Create a send from your vocal track and on the send, call up a delay plug-in. It doesn’t need to be a sophisticated one; in fact, the simpler the plug-in is, the easier this will be to follow. For example in Logic Pro use Logic’s Tape Delay.
2. Set the delay time to a quarter note and the feedback to zero. If you’re using a delay that doesn’t have tempo-sync options, you can still get things in sync by remembering the following equation: ms = 60,000 ÷ bpm
(http://www.soundonsound.com/sos/may12/articles/designer-delay.htm)

2. Slapback Delay – Better used to get the sound of something bouncing off a wall and has a thickening effect. Use these settings on a simple plugin to get this sound. These are 20% wet, 80 ms delay time, and 0% feedback.
3. Synchronized Long Delay – Like an echo off a canyon sound. It creates tremendous reverb. I think probably the easiest way to get this sound of tremendous spaciousness is through a convolution filter which can sample several common (night club) and unusual (outer space?) real spaces. You can also use algorithm filters to get more specific but also more mechanical effects.

I hope you enjoyed my little presentation. If you have any thoughts or questions, let me know. I hope you had a wonderful Christmas. God bless you and thanks!

The Kids and I Hope You Had a Very Merry Christmas!

(No they are not my kids but my cousin’s kids.)

“I heard the bells on Christmas Day
Their old, familiar carols play,
And wild and sweet
The words repeat
Of peace on earth, good-will to men!”
― Henry Wadsworth Longfellow

Originally posted on MelissaluvsBaby:
Miracle of My Life, My Mom My Birth, Two Christmas Miracles Mom_and_Me (A picture I drew of me as a little girl and my mom) Miracle Number One December 24th is my birthday. I was a…

Flower has a thousand petals

“Don’t go outside your house to see the flowers,

My friend, don’t bother with that excursion.

Inside your body there are flowers.  One flower has a thousand petals.

That will do for a place to sit.

Sitting there you will have a glimpse of beauty inside the body and out of it,

before gardens and after gardens.”

Flower has a thousand petals. 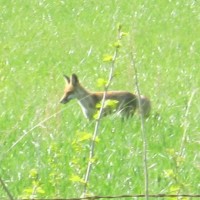 My "Baby" is Smiling

" Don't Die With the Music Still Inside You, Profound Thoughts on Life Inspired By Dr. Wayne Dyer

Pictures Say it All

Eye Will Not Cry

Not acting our age

................... for lovers of ice cream. Your free on line magazine for sweet frozen treats. Recipes, inspiration, artisanal ideas for your delectation.